Security Tokens: Everything You Need to Know 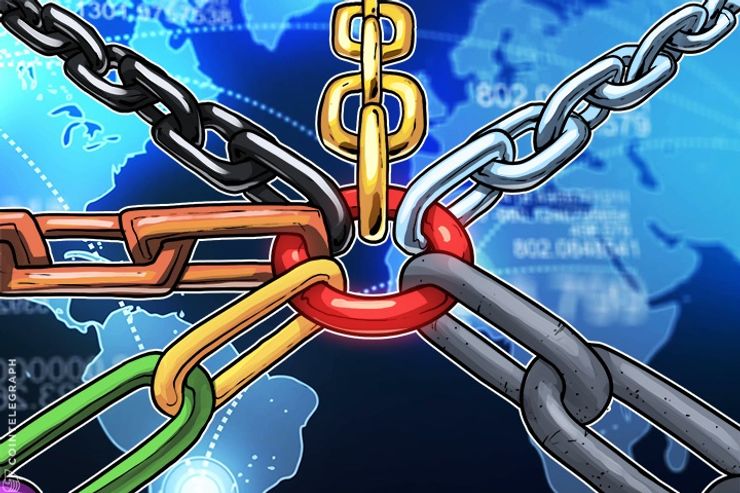 What is a security token? Touted as the next big thing in the cryptocurrency space, security tokens have been getting a lot of attention lately. The battle between regulators and unchained cryptocurrency marketplaces is unfolding. It certainly pays to be on the front lines here observing as the drama plays out.

ICOs are on track to raise capital at record levels in 2018. It’s amazing to witness this new asset class overtake traditional venture-backed funding in only a few short years. Of course, this hasn’t gone unnoticed among the authorities. As big brother prepares to step in, interesting new cryptocurrency projects and tech are forming to meet regulators head on and make sure that the future of investing stays compliant.

Most cryptocurrency enthusiasts will, by now, be familiar with utility tokens. To recap, utility tokens are a digital form of value exchange which can be used presently or in the future use of a cryptocurrency network. Today, however, we’ll focus on the new kid on the block, the security token.

What is a Security Token

The fundamental difference in security tokens appears to be the rationale of an investor to buy it. Security tokens are considered by the community as an investment contract similar to that of traditional financial instruments. And just like those instruments, if an investor hopes to gain profit from the token through revenues, dividends, and/or favorable price movements then it is a security.

Figuring out the reasons behind every investment decision is not easy to process or standardize even. Ultimately it boils down to determining if the token has some use case (for eg. buying and using tokens for a video streaming service) or purely to sell at a later date at a profit. But where and how will these security tokens be created?

The ICO boom is in no small part thanks to the introduction of Ethereum’s ERC-20 token. That standard provides an easy framework off of which to launch your own token, instead of building out your own blockchain. Ethereum, however, is far more of a decentralized movement and has no ties to regulators or official investment channels. Enter Polymath. A project which aims to change all of that.

Simply put, Polymath wants to be the Ethereum platform of security tokens. They ambitiously hope to deliver the same kind of success by creating cryptocurrency’s first security token standard, ST-20. There is a very real need to protect investors from certain kinds of ICO scams. And Polymath working together with regulators just might be the answer.

The projected path of the polymath platform

The polymath protocols build into any token the possibility for only verified investors to buy, sell and exchange value. With KYC/AML and other regulatory requirements, both investors and issuers can track their funds and avoid either running off with the others money.

This may potentially be a game-changer in the cryptocurrency space since it’s rumored that large amounts of institutional money are just sitting on the sidelines waiting to safely get involved in the virtual currency markets. For a deep-dive into the world of Polymath, take a look at our guide.

tZero, on the other hand, wants to build a platform which allows the trading of crypto securities. As you know, there are already plenty of cryptocurrency exchanges out there yet tZero aims to be one of the first SEC-regulated exchanges. Founder, Patrick Byrne, believes it could be the next NASDAQ, except on the blockchain.

A particularly interesting benefit the project is promoting is a 10% gross revenue bonus to token holders on a quarterly basis. In other words, tZero is offering one of the first-seen dividend plans for cryptocurrency investors. This again could be a real breakthrough as regulated companies and institutional investors get a chance to safely tokenize their assets on the blockchain and take advantage of familiar concepts like dividends and so on.

Where are the Standards?

So where do we stand on the rules when it comes to security tokens then? Unfortunately, we are still treading the muddy waters of the regulation pool. In this grey area, however, regulators still have some tools available at their disposal, particularly in the US:

The Howey Test was introduced by the Supreme Court in the 1940’s to evaluate whether a transaction qualifies as an investment. This benchmark mostly deals with financial instruments as they relate to US law. And, of course, as outlined earlier it depends heavily on whether profit is the primary motive.

In a recent ruling, the SEC concluded that both Bitcoin and Ethereum were not considered to be securities. This ruling, however, raises some real questions about the token definitions we took a look at earlier. Many investors hold Bitcoin purely as a store of value and/or to speculate on price movements. It seems then that an official definition of what is a security token may depend solely on the opinion of the SEC and other regulators.

SAFT stands for Simple Agreements for Future Tokens and was invented on the back of the Simple Investment for Future Equity contract. SAFE was pioneered by Y-Combinator, an incubator for recognizing and developing new entrepreneurs. The idea was to create a simple contract between a company and investor/s. If an investor invests early as a company is developing they will receive the right to buy equity when that company makes stock available.

To illustrate this point, GSR Capital of Beijing earlier this year signed a letter of intent to purchase $160 million worth of tZero tokens using a SAFE contract. Part of the agreement included a price per token of $10:

“tZERO announced the signing of a letter of intent (LOI) with GSR Capital (GSR), a private equity firm organized under the laws of Hong Kong, to participate in tZERO’s Security Token Offering (STO).”https://t.co/RftnltTvgO

The same idea applies for security tokens and in this case, it could be argued that a SAFT agreement was actually used. It’s worth noting that many ICOs don’t even have a working product before seeking funding. A SAFT agreement is ideal in this situation and brings a greater sense of security to the investor as they look to receive the token at a future date.

Authorities around the world are taking a long, hard look at how to deal with the cryptocurrency market. The decentralized nature of many crypto networks is putting pressure on governments and regulators because their jurisdiction ends at the border whereas Bitcoin and altcoins cross them effortlessly.

If a company incorporates in the US, regulators may have more options available to them. But what if it was established in a crypto-friendly nation like Switzerland or Singapore? That doesn’t exclude the very real need to put better systems in place to protect cryptocurrency investors. And it’s pretty clear there is a growing need for crypto self-regulation.

Yay or nay, security tokens are here to stay. The big question is, for how long? We hope you’ve found this guide on what is a security token useful. Be sure to stay tuned to the space to see how the next chapter reads.